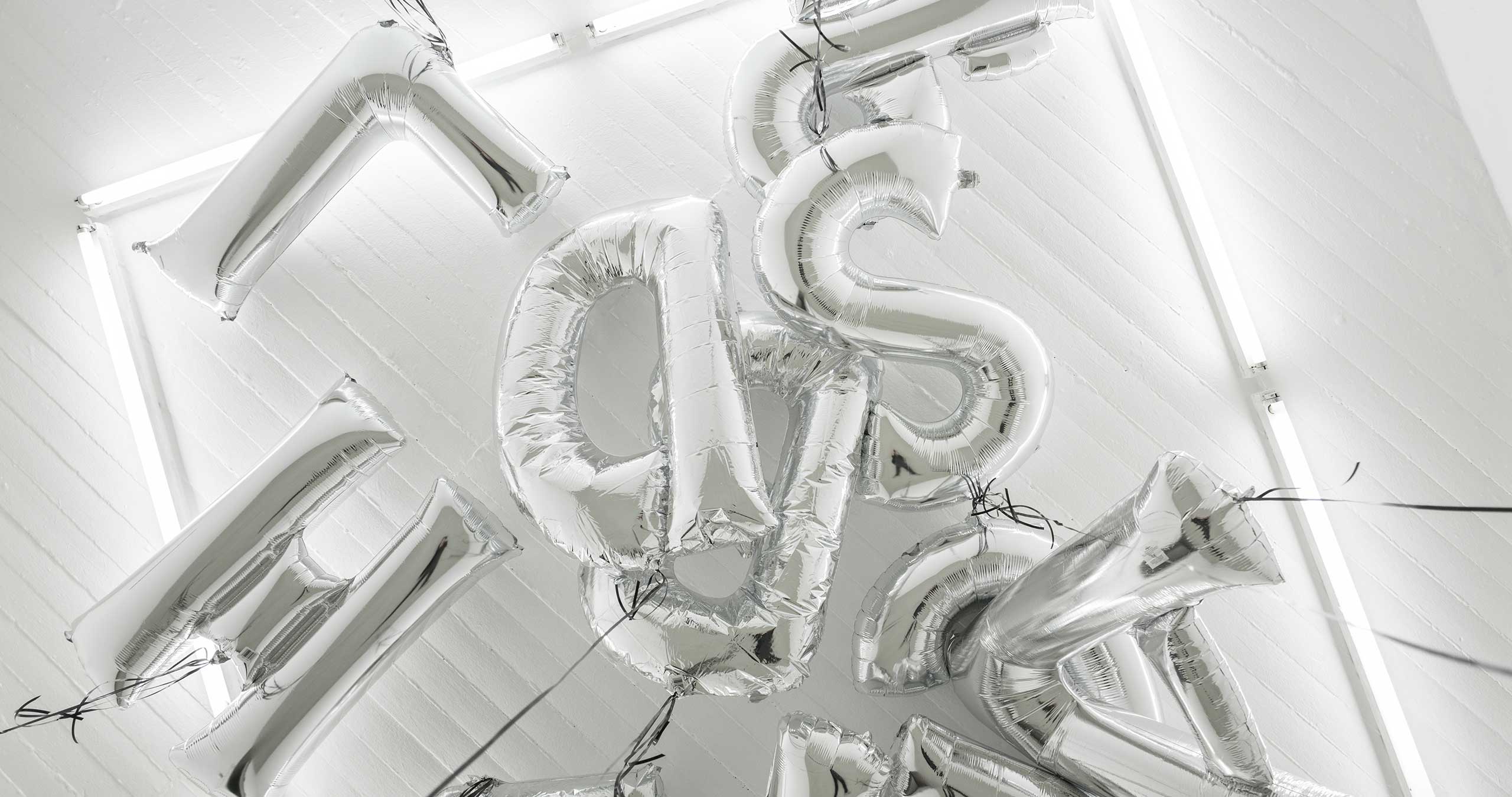 “The first three years were wonderful, the rest were just money making and having fun.”

A bit sarcastic... or perhaps true? With tongue in cheek, BRUCH&DALLAS is retiring after ten years of exhibition activity and is dedicating the last exhibition to itself and its history—with photographic and aural traces of memory, flanked by various vanitas motifs. A final image between a provisional arrangement and a setting-up situation, chic and hedonistic.

The handwritten quote on the wall of the exhibition space certainly provokes a smirk. But it also opens a critical discourse on current structures with both the “off” scene and the commercial art industry. Namely, when the often precarious context of the experimental project space, made possible with a low budget and unsalaried positions, seems to live up to its name—in the Rhineland, “alles Bruch un’ Dalles” stands for “run-down, neglected, and chaotic conditions.”

Black molleton, a fluorescent tube, and a paint bucket next to colorful flower arrangements and empty champagne bottles: The still life of an open self-perception and one’s own impermanence. The long table implies a lavish dinner that has taken place with curious table decorations and an excessive conclusion. The setting possibly evokes subjective imaginary images of the dining guests, whose absence is felt in the traces of their presence. The partially eaten food, all from shops around Ebertplatz, becomes a chronometer and indicator of processes of change, as do the twelve helium balloons, which float in a jumbled and illegible manner under the ceiling in the form of the letters of BRUCH& DALLAS—until they have sunk completely and lie on the floor as empty shells.

Black-and-white snapshots, as well as the sound collage Ebertplatz (19’ 30”') bring the liveliness of recent years back into the exhibition space of BRUCH&DALLAS as a projection and sound installation. And in a torn cardboard box, BRUCH&DALLAS tote bags remind us of the off-site’s participation in the COFA art fair in 2015: “THE ARTISTS ARE PRESENT SOMETIMES”—a statement on autonomy and self-determination, the vision of a permanent presence in absence. GOODBYE BRUCH&DALLAS. 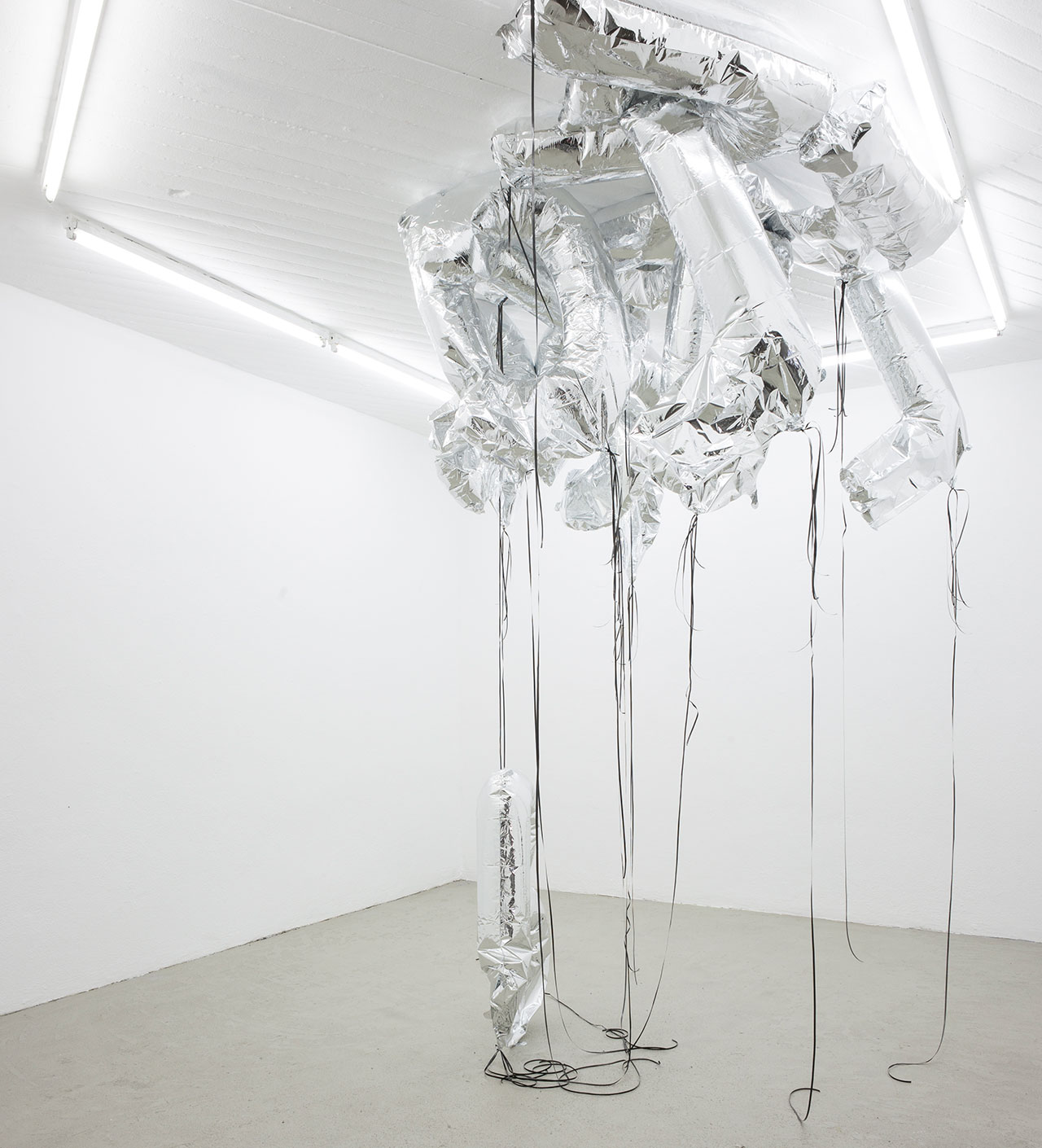 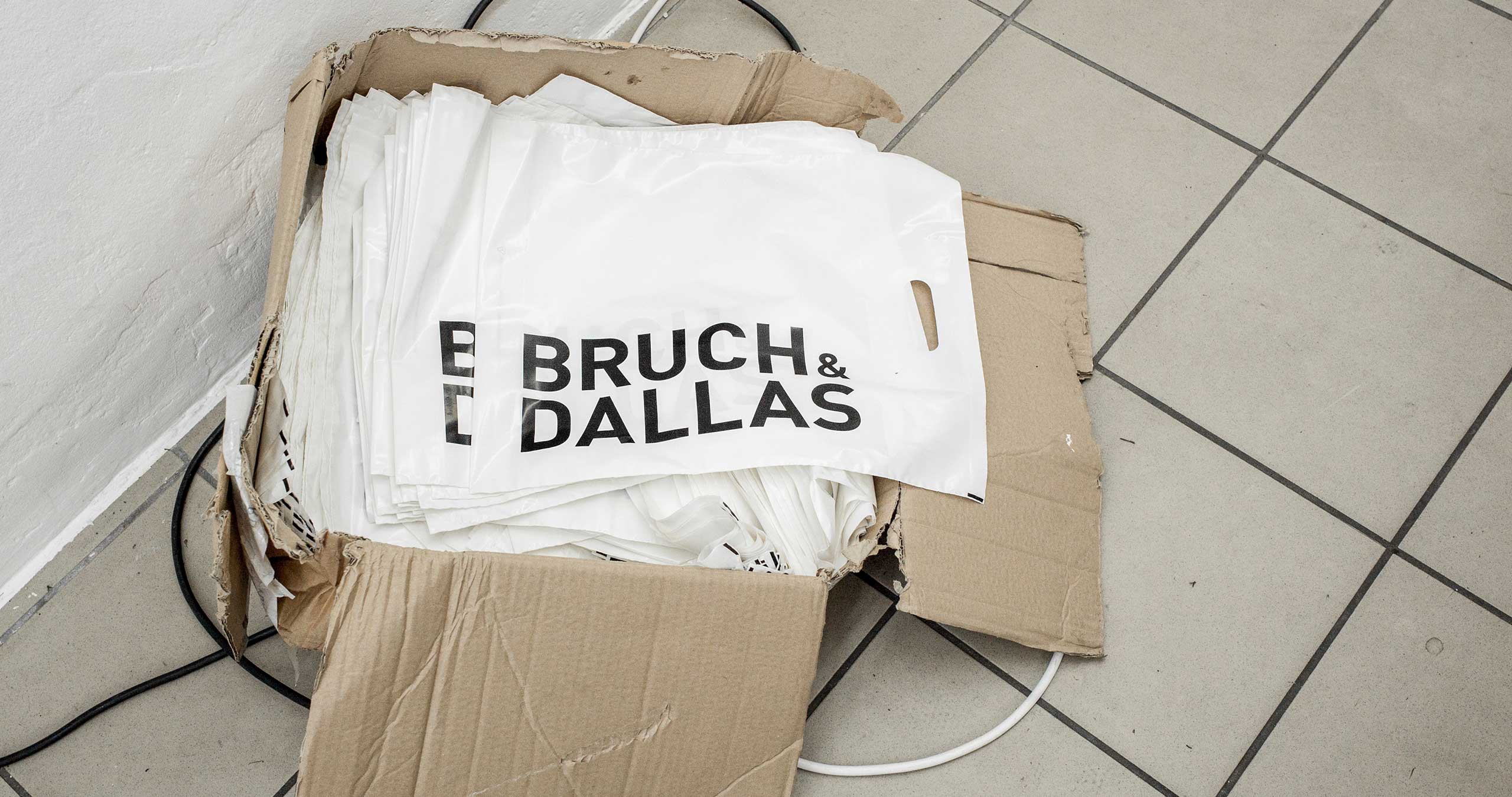 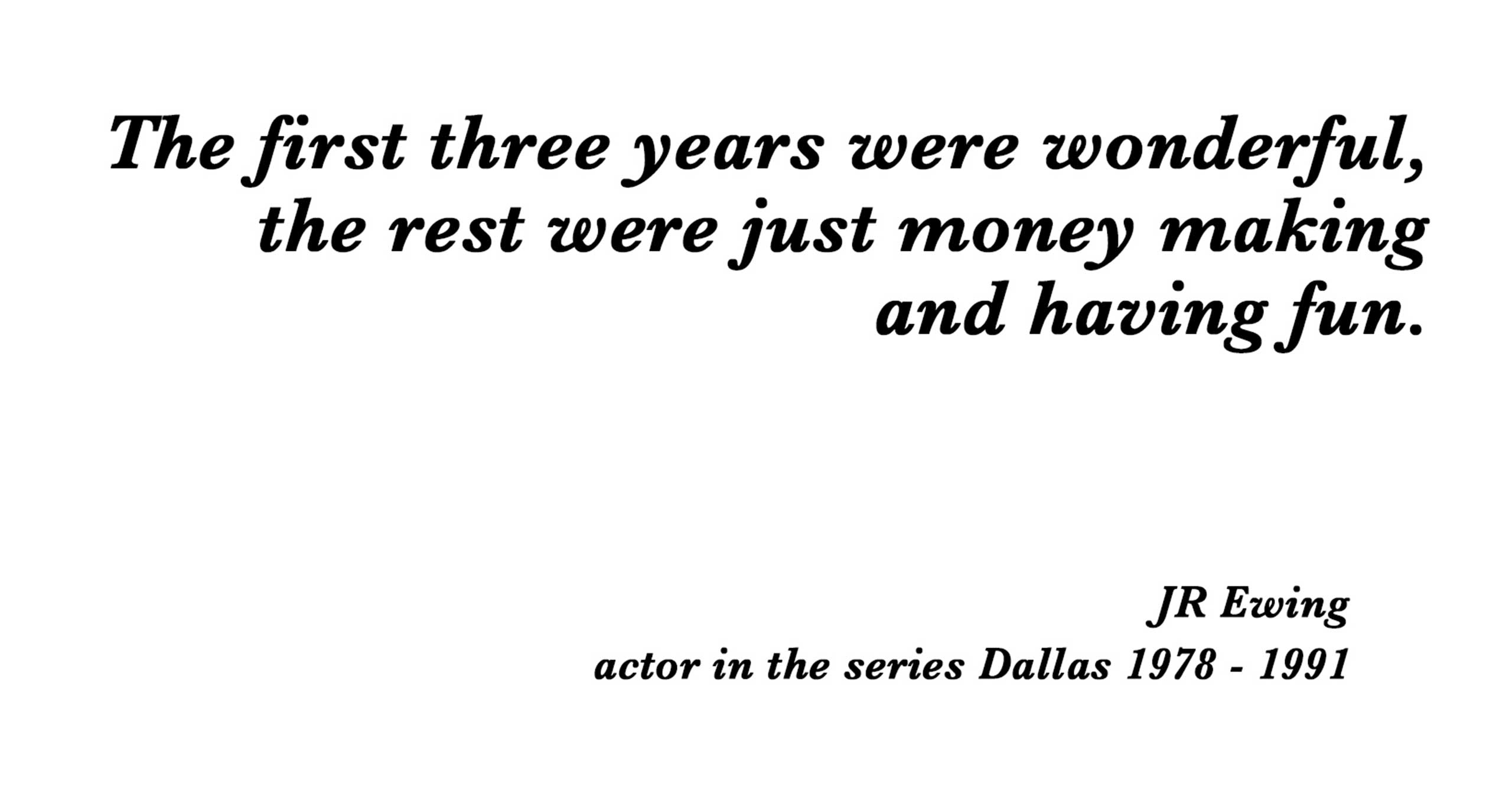 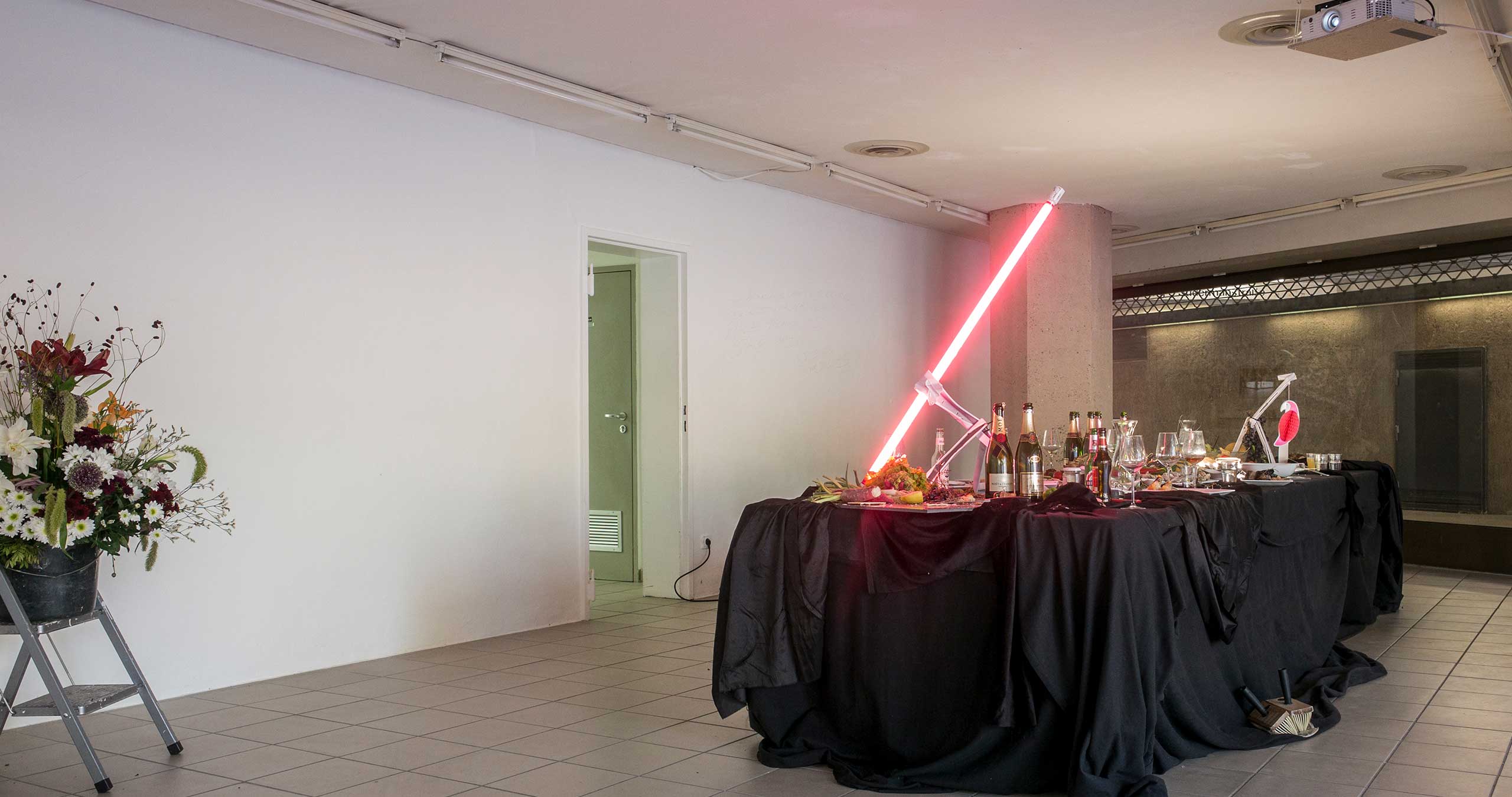 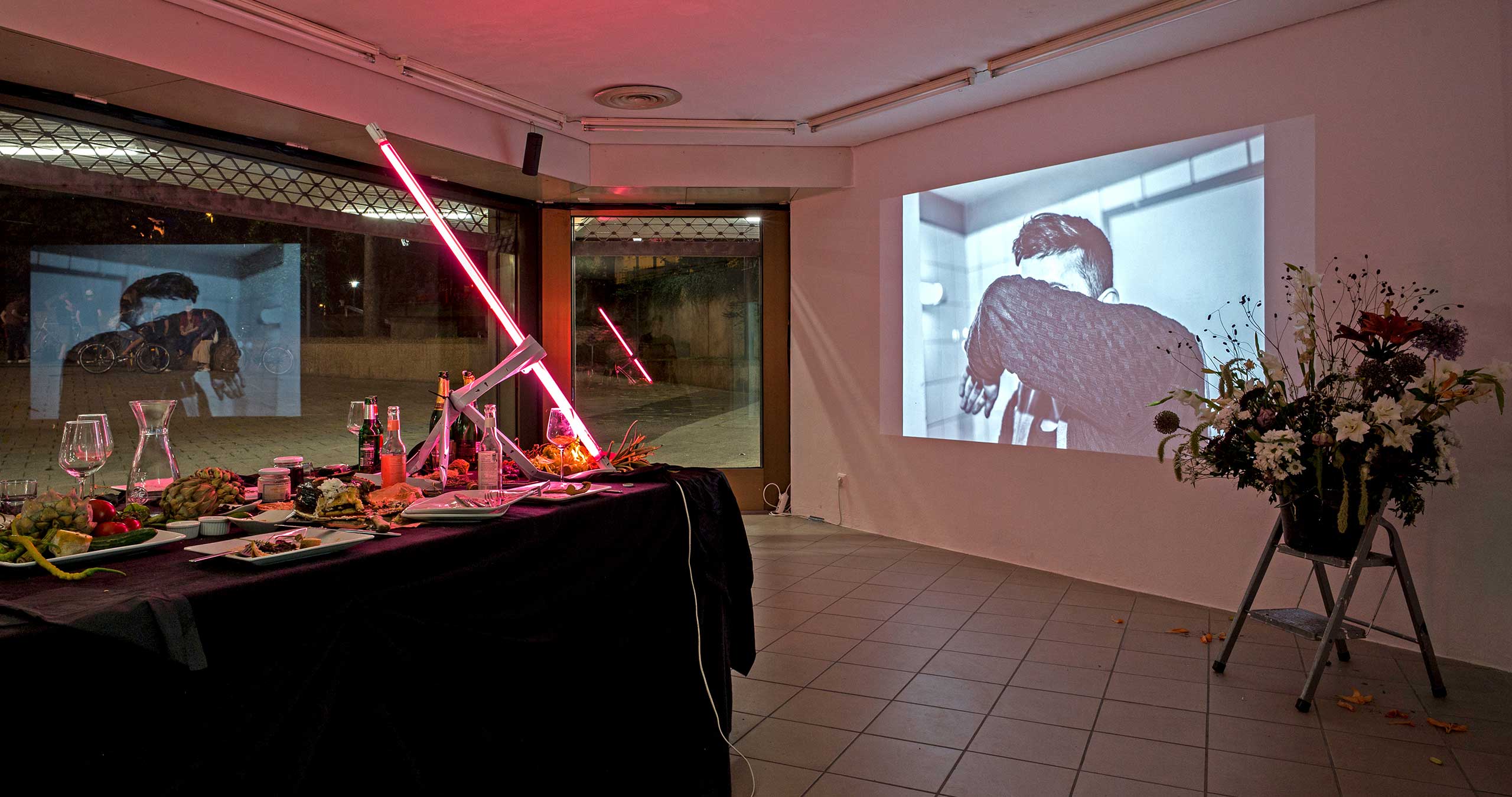 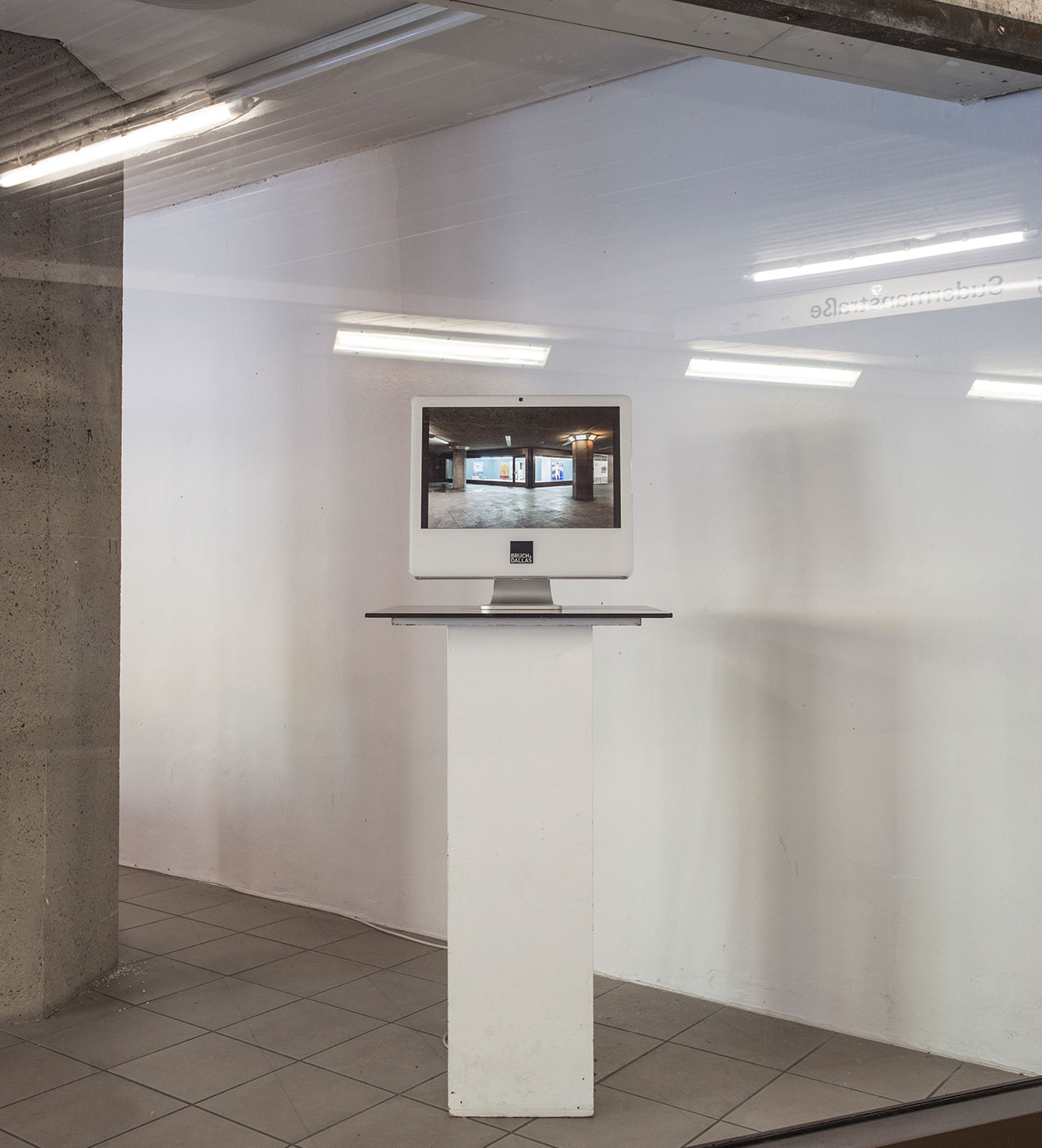 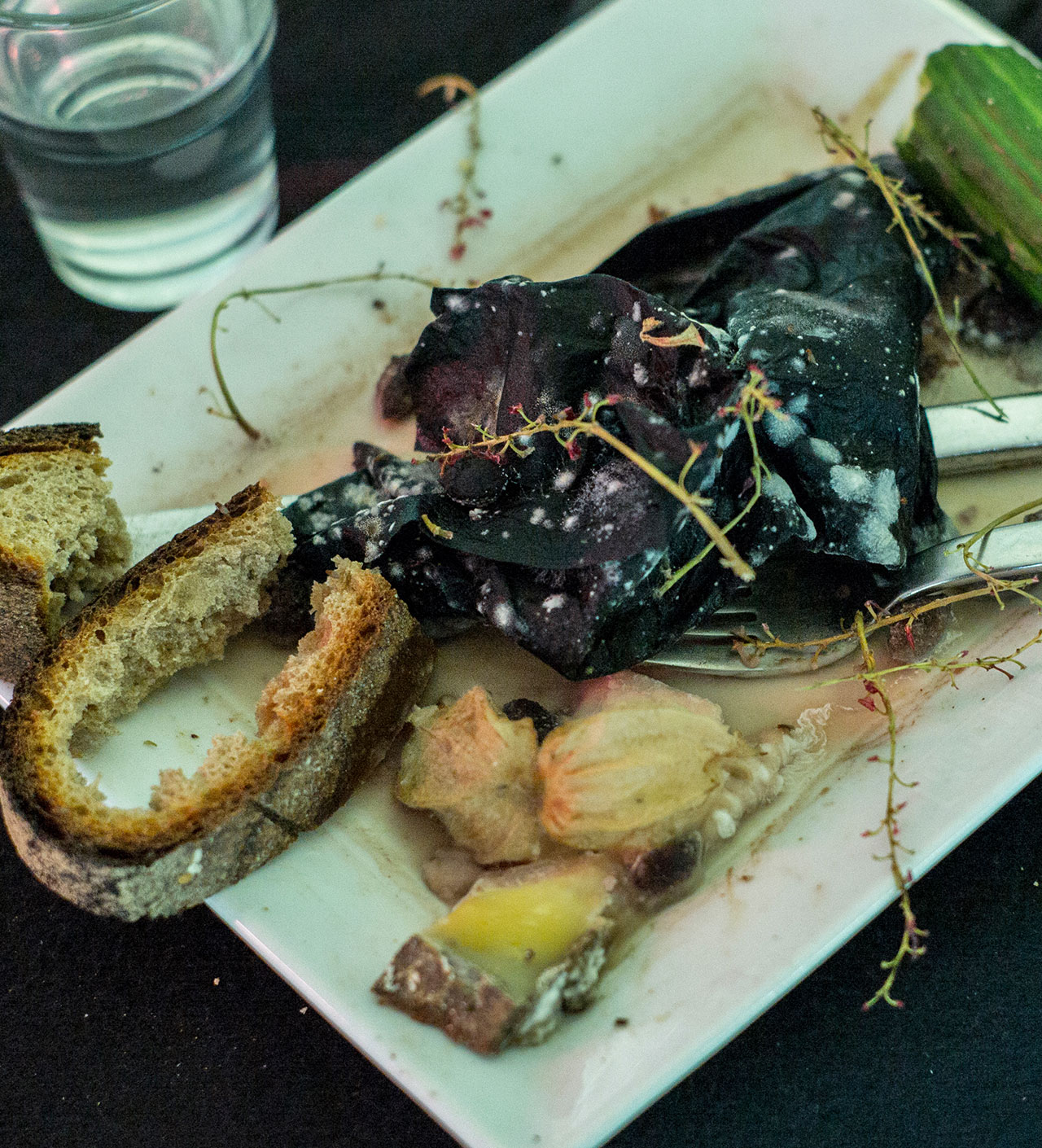 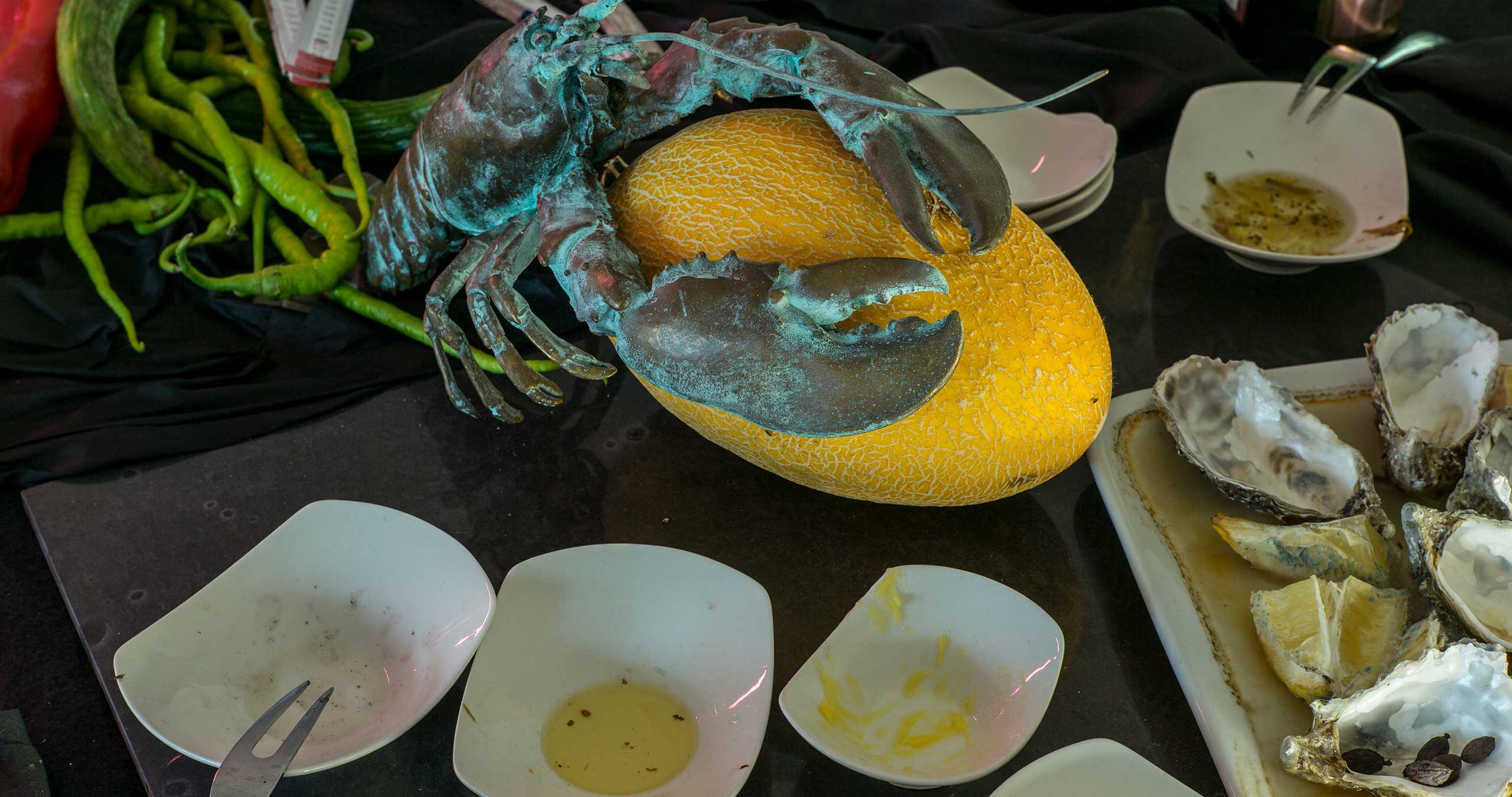 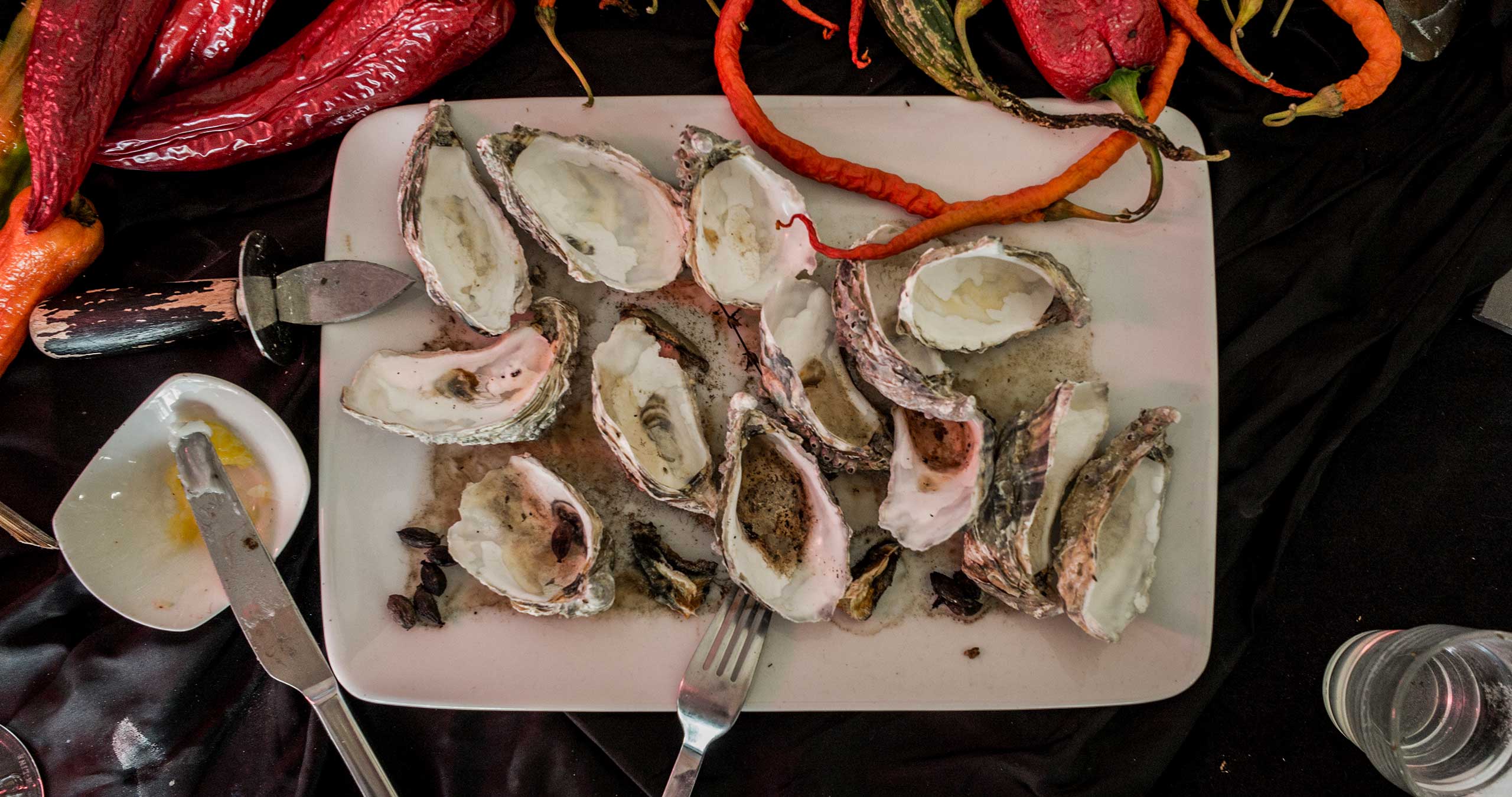 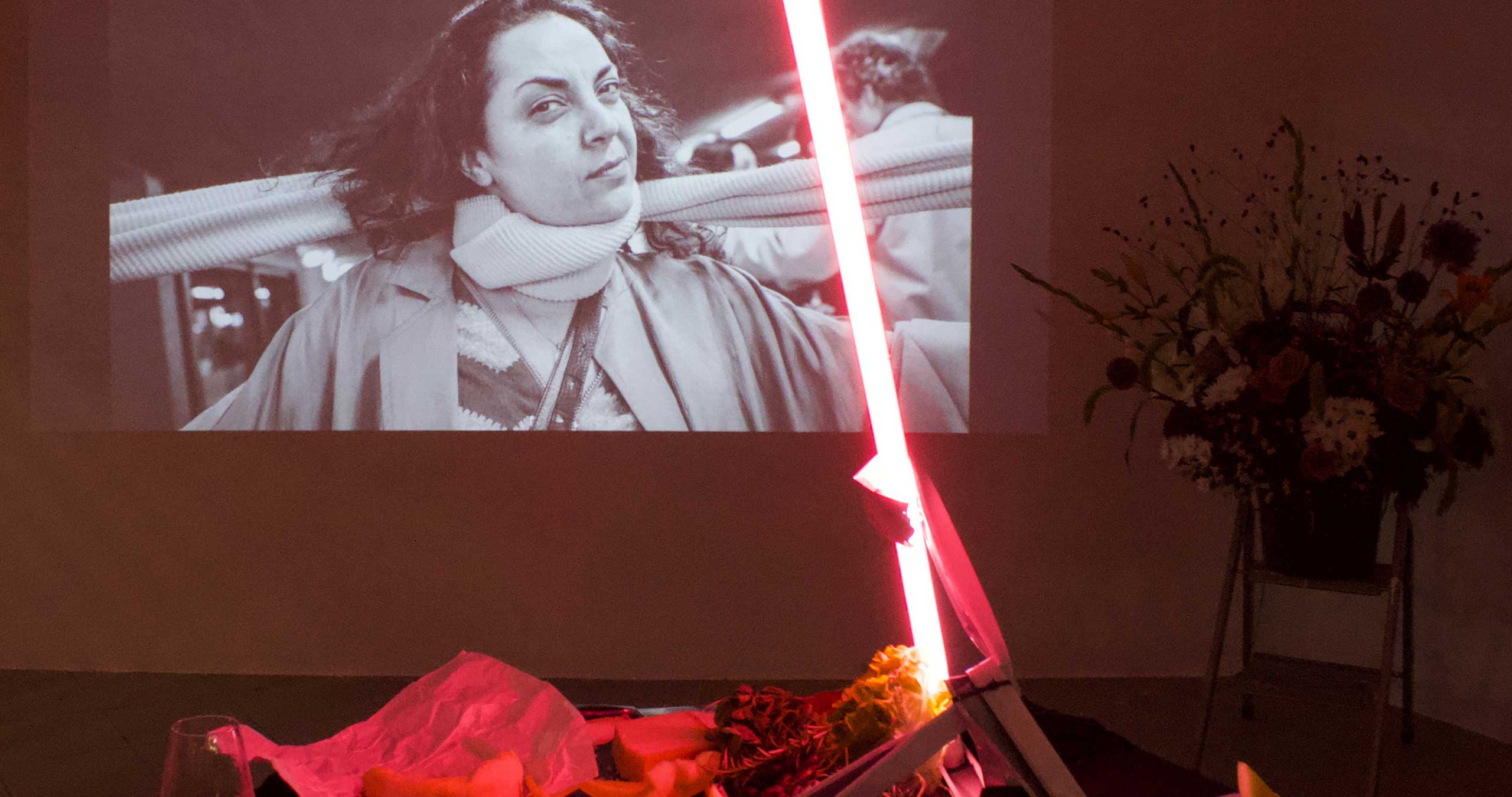 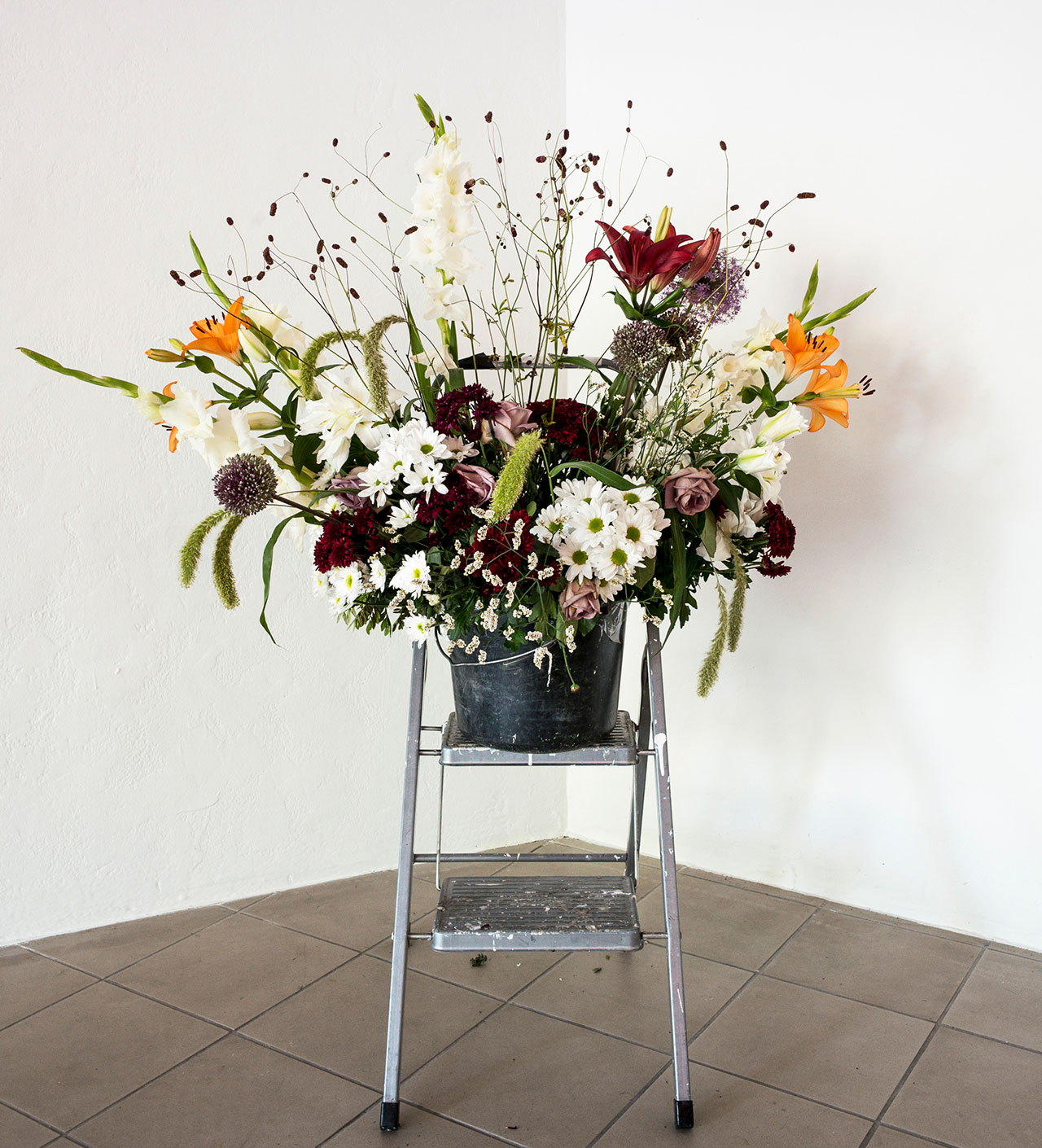 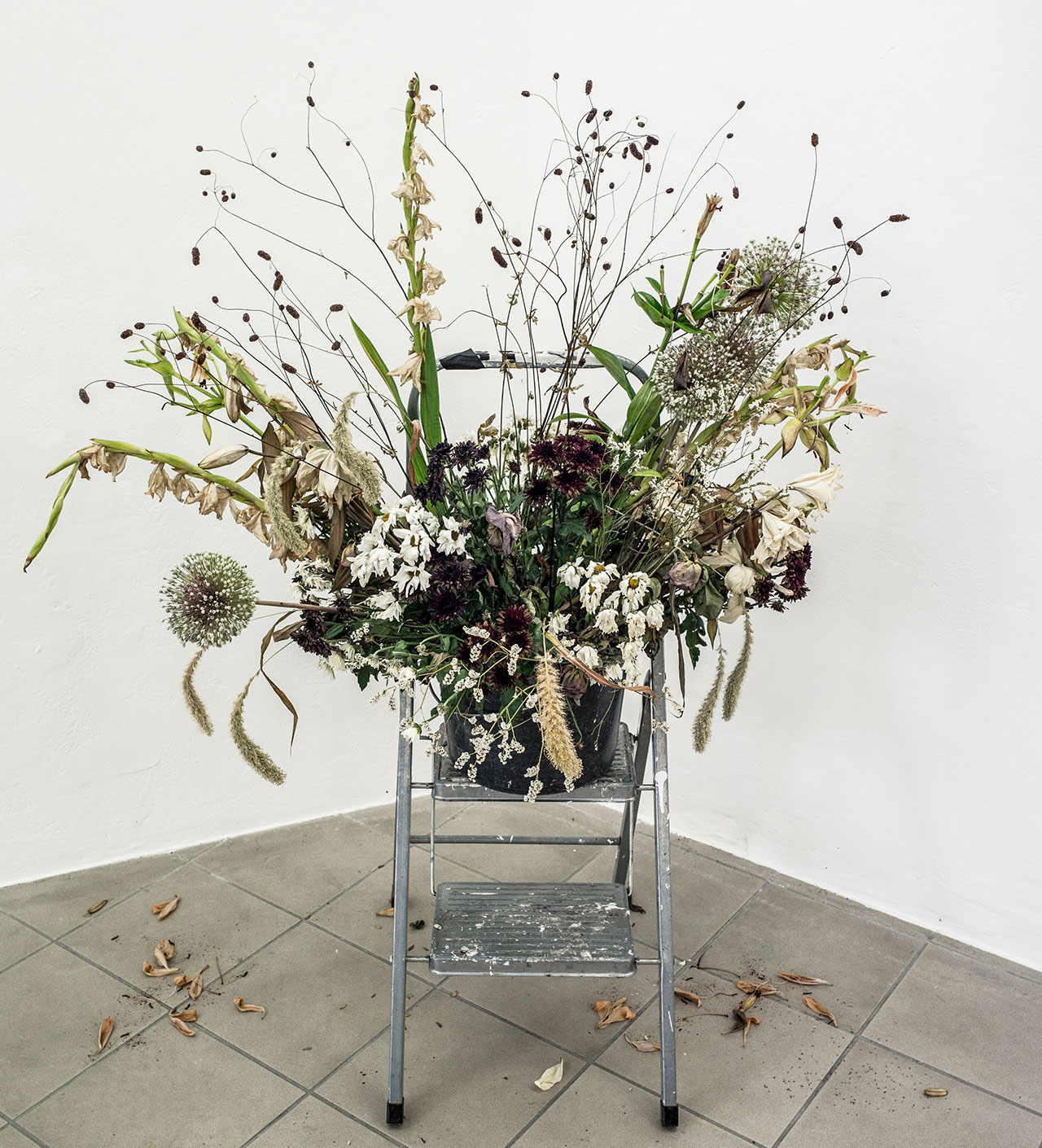 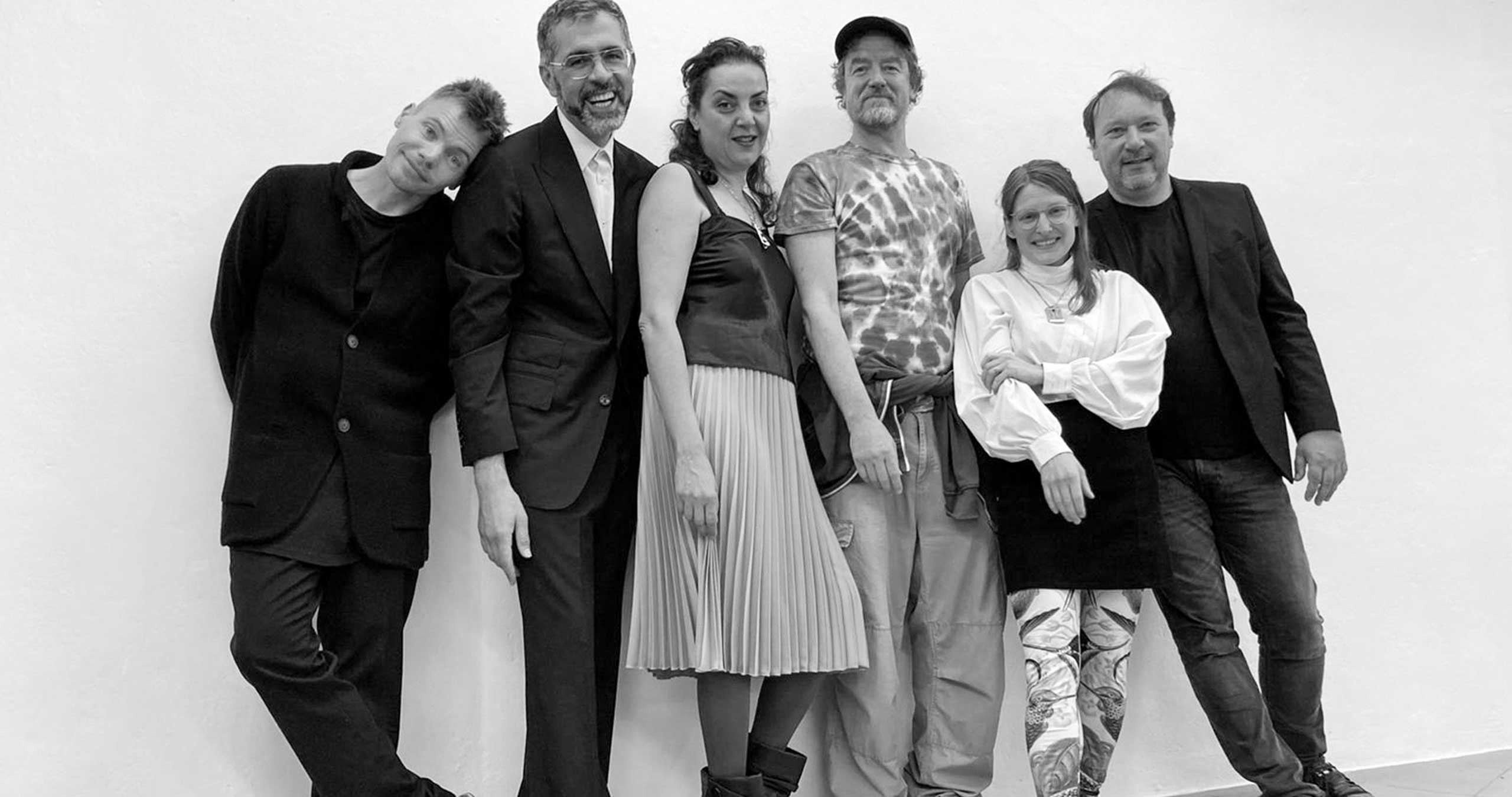 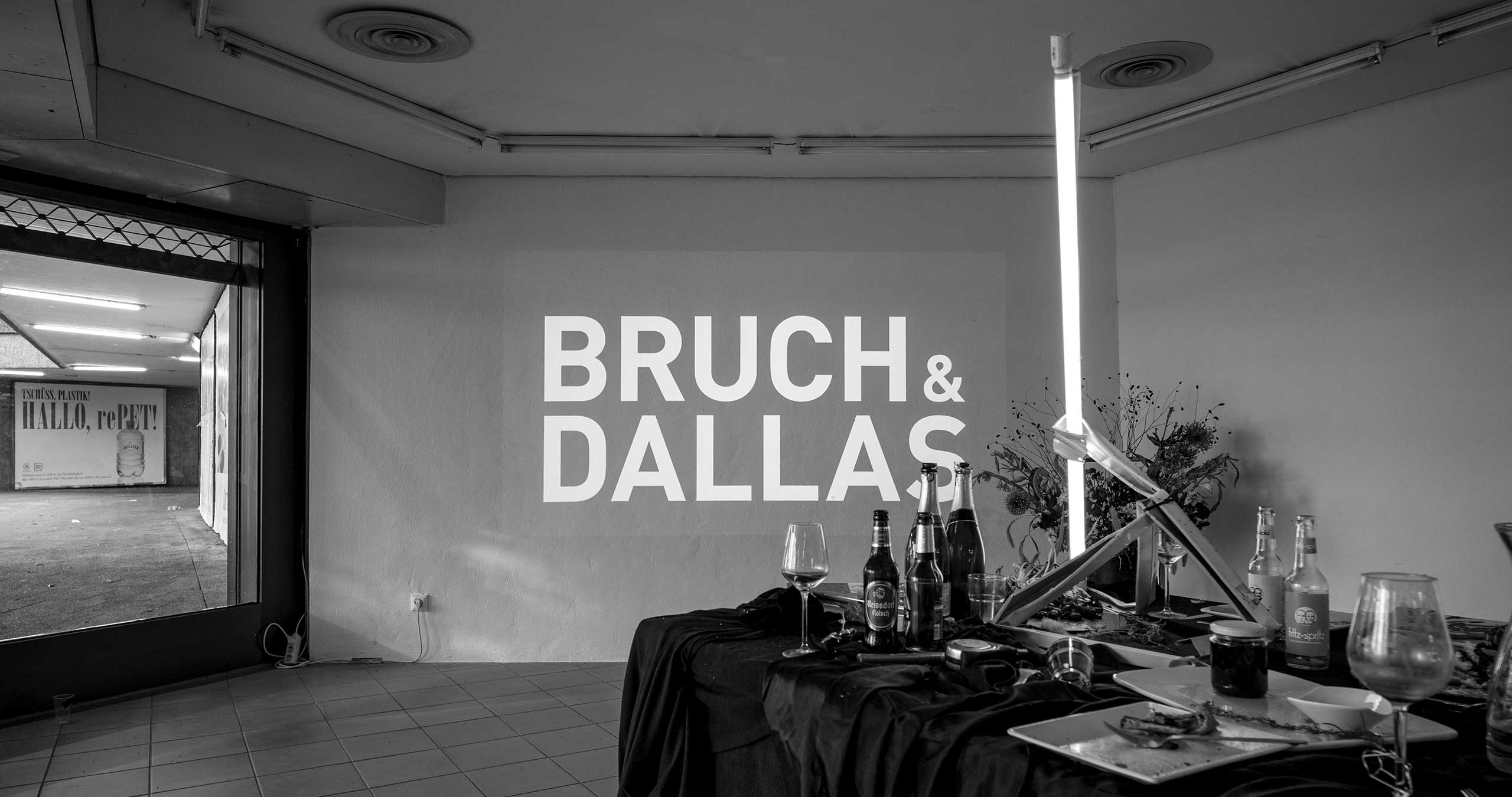 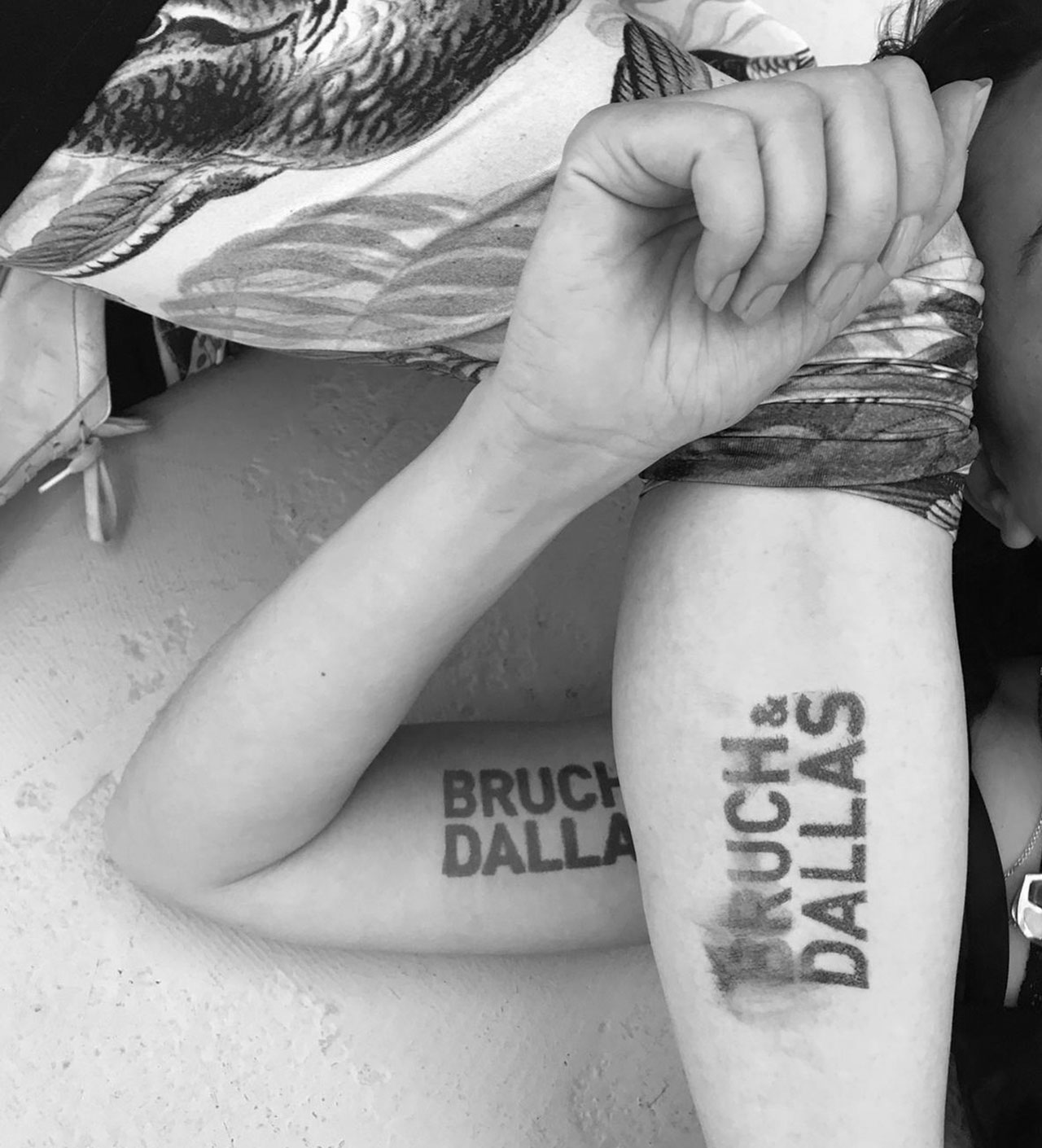 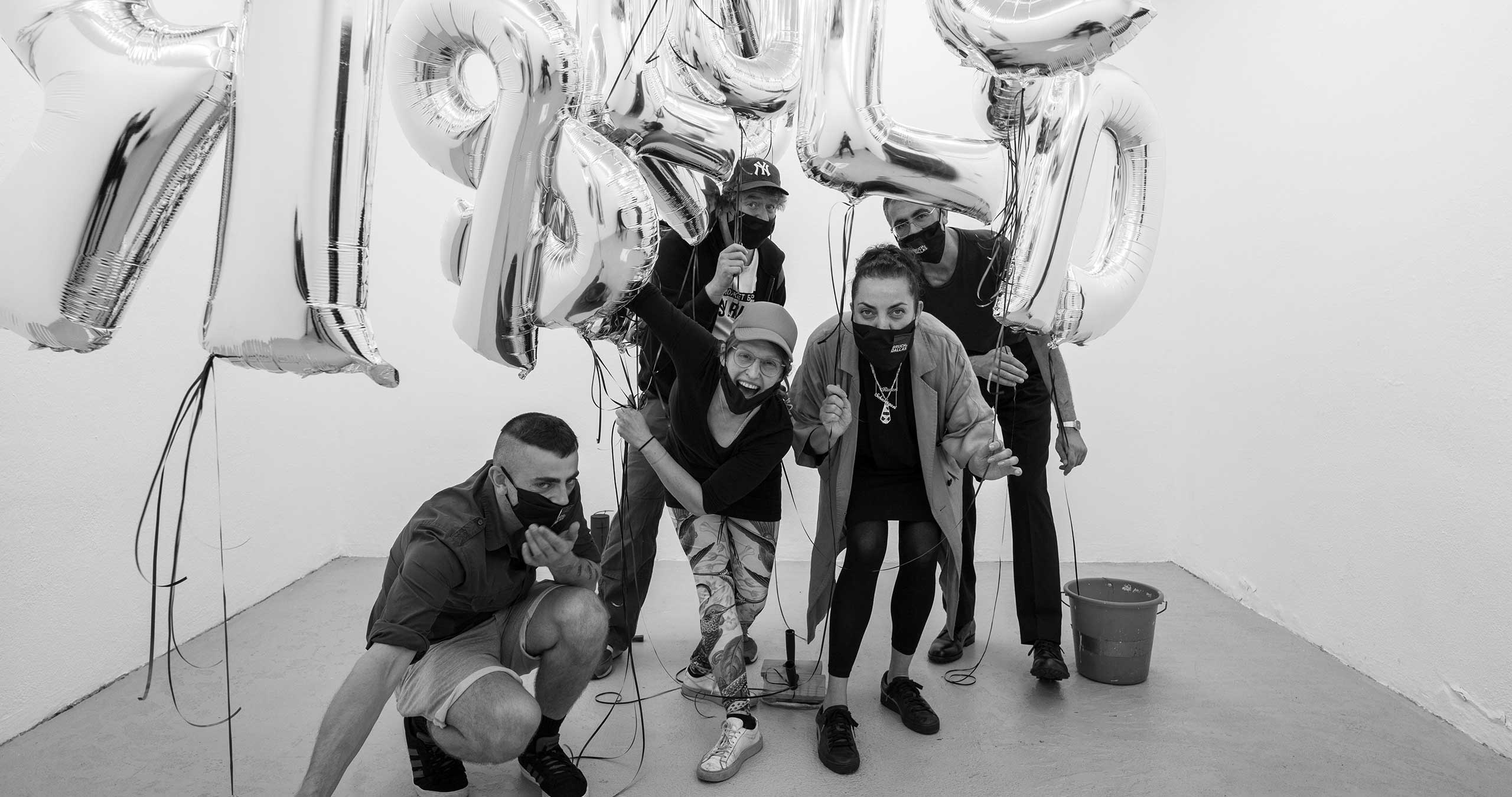